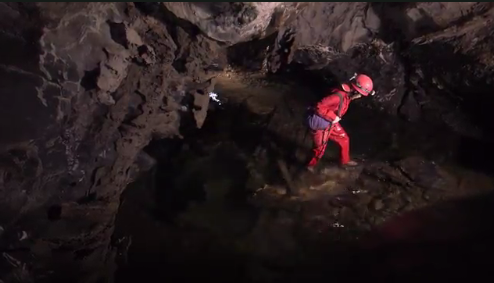 We have just started subscribing to the   Docuseek2 Complete collection.

The renowned documentary distributors Bullfrog FIlms and Icarus Films, both founded in the 1970s, joined together to create this streaming video database.  It delivers 800 documentaries on many themes, especially those concerned with justice, sustainability and the environment, broadly interpreted.   All the titles have been indexed and are discoverable in OneSearch, the library’s main discovery tool.  We hope you enjoy exploring these documentaries and sharing them in class.  Here are just a few of those 800 titles:

Death by Design (2017).  The deadly environmental and health effects of electronic devices.

Addicted to Plastic (2008).  Plastic pollution worldwide, and its effect on the marine environment.

The American Ruling Class (2007) A 'dramatic-documentary-musical' about class, power and privilege.

Symbiotic Earth (2018).  Scientist Lynn Margulis challenged orthodoxies by showing that symbiosis is a key driver of evolution.  Symbiotic Earth explores the implications of her research in the context of climate change and extreme capitalism.

Anthropocene (2016).  Examines whether human impact has tipped the planet into a new geological epoch, the Anthropocene, with all of its political, social and behavioral implications.

The Antibiotic Hunters (2015).  Scientists are hunting urgently for new antibiotics -- a challenge that is taking them to some remote and unusual places.

The Angry Heart (2001).  Explores racism as a risk factor in the epidemic of heart disease in the African-American community.

East of Salinas (2016).  The life of an undocumented third grade child of migrant agricultural labors in California.

A dangerous idea: eugenics, genetics and the American dream (2017).  Examines the history of the US eugenics movement and its recent resurrection.

Affluenza (1997).  Diagnoses the 'disease' of materialism and prescribes its antidote, simple living.