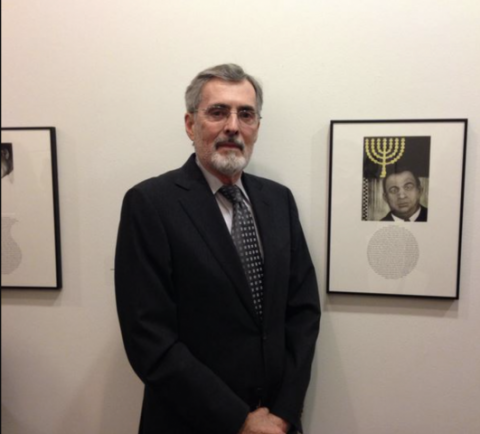 Larry Sullivan retired as Chief Librarian in January 2021. He had held that position for a quarter century, and under his leadership the Lloyd Sealy Library became one of the most respected and forward-thinking in the CUNY system. More than anyone else, he is responsible for building our collection into one of the finest and most extensive in the field of criminal justice in the country. Scholars from around the world visit to use our unique resources. He also fostered the development of Special Collections, finding funds for the acquisition of rare books and encouraging the expansion of our manuscript collections. For over a decade he worked to open new spaces for Special Collections, and that effort has finally come to pass.

Dr. Sullivan earned a doctorate in medieval history from Johns Hopkins and then a library degree (MLIS) from Catholic University. His first position as a librarian was in the Maryland State Penitentiary. That experience spurred him to a lifetime interest in the writing of prisoners, and he has built an extensive personal collection. Prior to coming to John Jay, he was the head of Rare Books and Special Collections at the Library of Congress.

Above all, Larry Sullivan is a scholar, and throughout his career he evidenced a creative and insightful set of interests. He was the editor of The Encyclopedia of Law Enforcement (2005) and The SAGE Glossary of the Social and Behavioral Sciences (2009), enticing many John Jay faculty to contribute. He also edited two editions of Criminal Justice and Law Enforcement Annual (2014 and 2017), again including contributions from faculty, including the librarians. He was also a co-editor of Pioneers, Passionate Ladies, and Private Eyes: Dime Novels, Series Books, and Paperbacks (1996), revealing another dimension of his interests.

Larry was the author of The Prison Reform Movement: Forlorn Hope (1990), Bandits & Bibles: Convict Literature in Nineteenth-century America (2003), and The New-York Historical Society: A Bicentennial History, 1804-2004 (2004) – for a time he had been head librarian there as well. Two other publications must be mentioned. With illustrator D. R. Wakefield he created The Brownsville Boys: Jewish Gangsters of Murder, Inc. (2013), a set of original prints of notorious and forgotten mobsters. It is a beautiful book about remorseless killers. In 2017 he curated an exhibit of courtroom art here, highlighting works in our collection. He “invited” me to contribute the text, and then we turned the exhibit into a book, Rogues Gallery: Forty Year Retrospective of Courtroom Art, from Son of Sam to El Chapo (2017).

Larry always encouraged the scholarly work of us librarians. Where some chief librarians insist that only publications in the field of Library Science would be acceptable, Larry encouraged the librarians here to publish in subject disciplines. Addressing a gathering of CUNY librarians in 2004, he said that publishing is what makes librarians “whole in the eyes of the rest of the college’s faculty and gives them equal stature as faculty.” He believed that a research agenda in a subject was integral to the role of academic librarians, and essential for tenure and promotion. After I published a book in 2010, he repeatedly reminded to me, “Your next book will get you promotion.” That took time, but I accepted the challenge. The best thing he could do as chief librarian, he insisted, was to “create an atmosphere that is conducive to research.” During his tenure at John Jay, Larry Sullivan more than accomplished that goal.

Read more from the Spring 2022 issue of Classified Information, the Library's newsletter